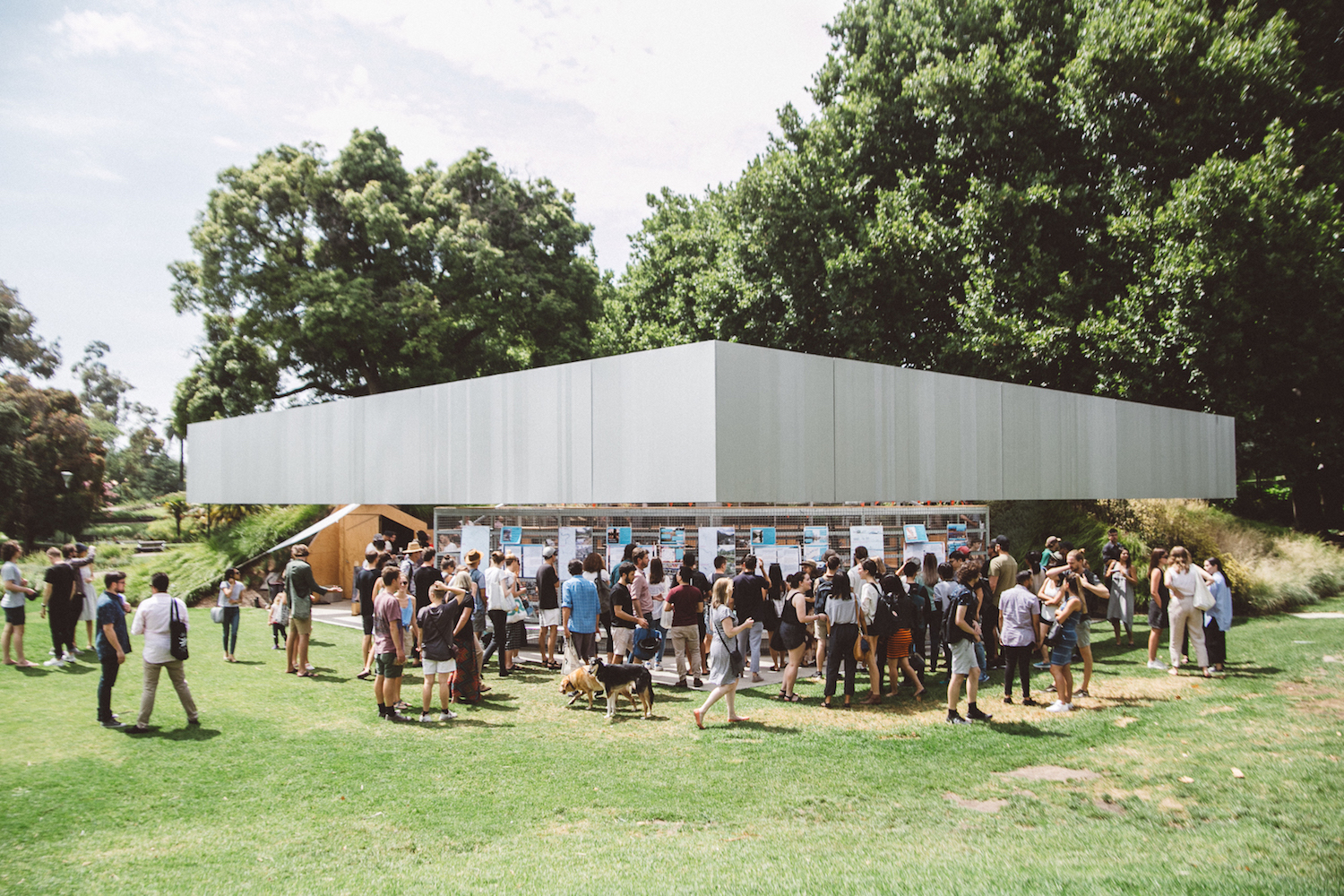 And just like that, we bid farewell another successful season of MPavilion. Closing on Sunday 11 February, this season received an overwhelming public response, with more than 117,000 visitors and 477 events over 133 days. A huge thanks to everyone who helped bring to life this year’s MPavilion, designed by Rem Koolhaas and David Gianotten / OMA. If, like us, you love to reminisce—head to our Facebook photo wrap-up to see all our snaps from the season—and don’t forget to tag your mates! 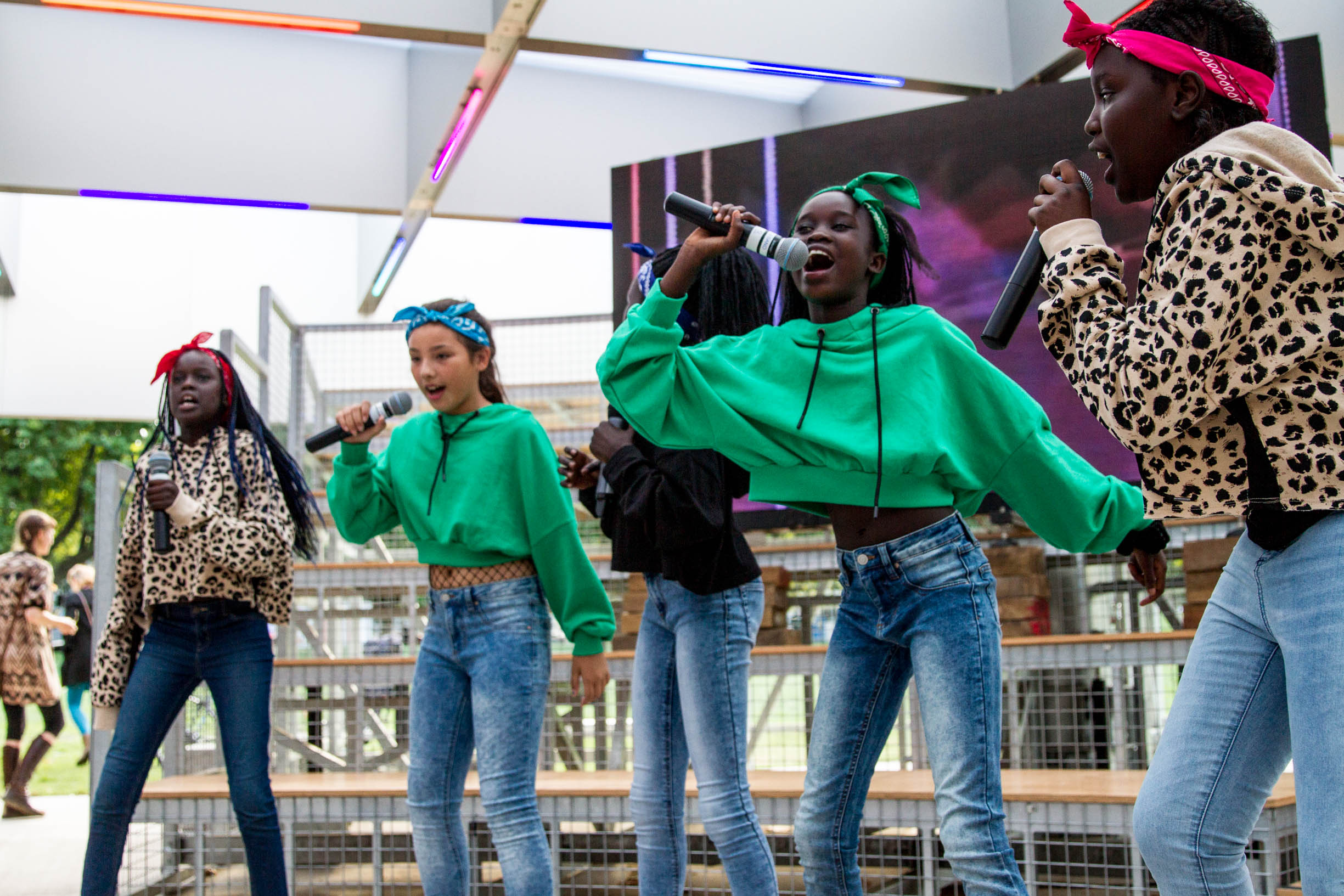 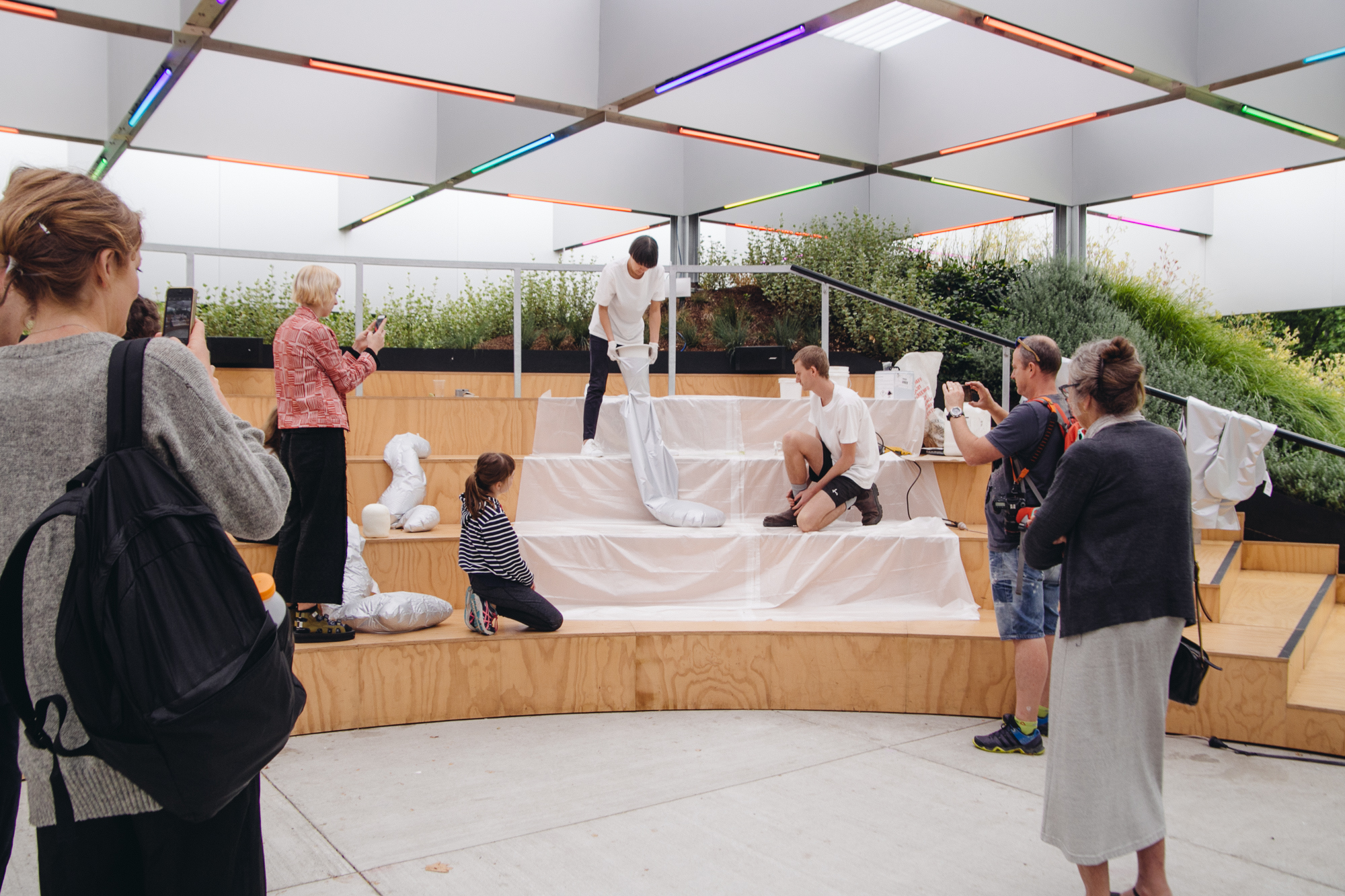 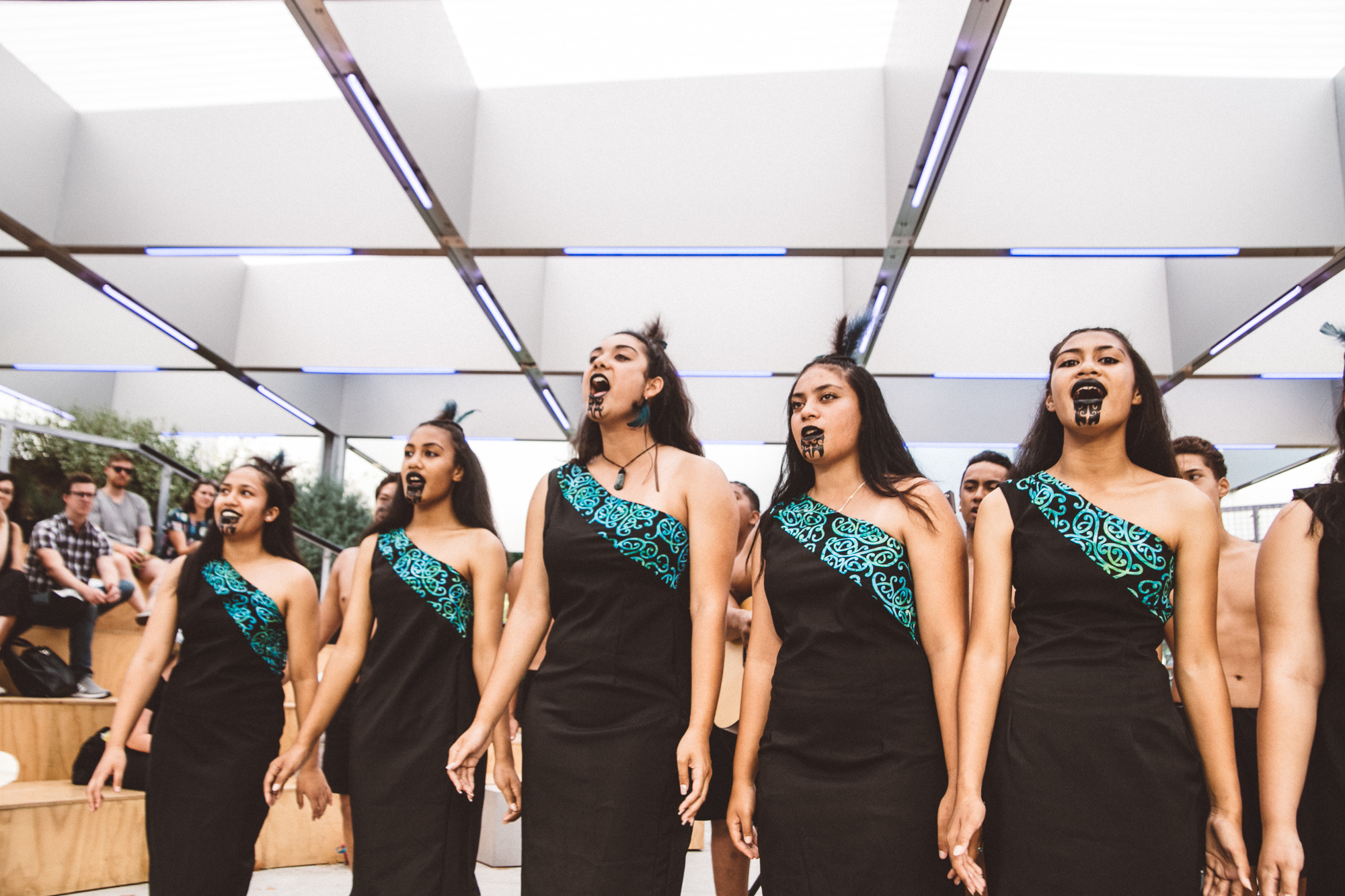 Know Your Roots at MMusic—Shepp’s Own. Photo by Bec Capp

New this year was our inaugural Regional Program, devised in collaboration with Shepparton Art Museum and Geelong Gallery, and led by Indigenous Architecture and Design Victoria (IADV) director Sarah Lynn Rees. The Regional Program brought to MPavilion musical showcases from both regional locations, with the assistance of Multicultural Arts Victoria, and a public talk by Sydney-based artist Keg de Souza, who travelled to Shepparton to create an alternative map of the area based on local knowledge. Keg also appeared at a special offsite MTalks at The Connection in Shepparton, to share the outcomes of her time spent with local communities on Yorta Yorta land as part of the project. Further outcomes from the Regional Program will be shared in the months to come. 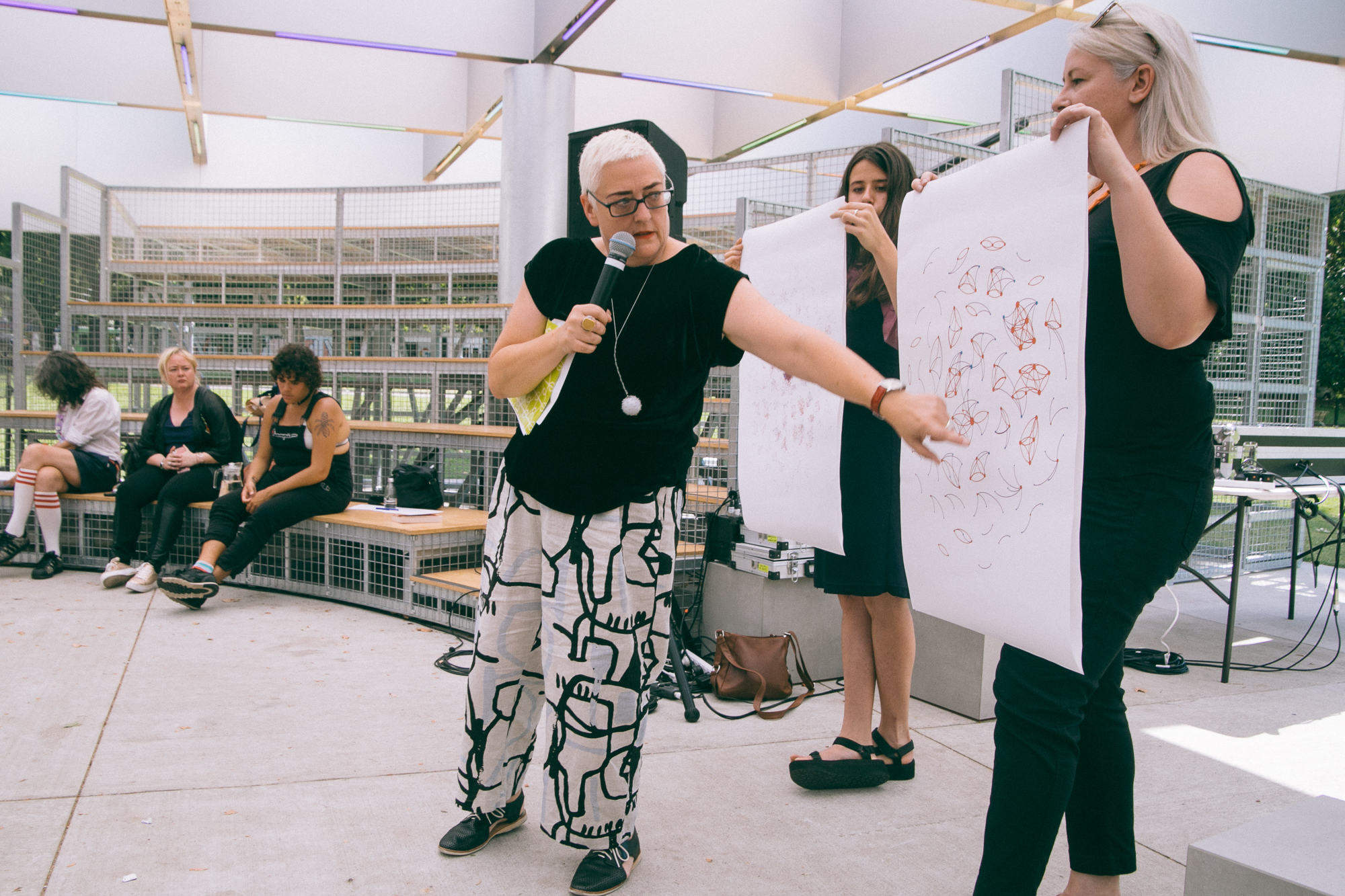 Deb Verhoeven at ‘We Won’t Be Silenced: Women in/and/of the media’ presented by ACCA. Photo by Bec Capp

Also new this year was MPavilion’s inaugural call for proposals, which invited submissions to the program from the public. Highlights included Queer Some Space presented by XYX Lab and The Lifted Brow; Towards a swimmable, liveable Yarra (Birrarung) presented by YarraPools; the A stage for new parenthood meet-up and discussion series, which saw MPavilion 2017 transformed into a space for parents and babies; music in the gardens with Gertrude Opera; a bumper panel discussion entitled Is good design measurable? presented by the Office of the Victorian Government Architect; and a two-part place-making workshop with CoDesign Studio. A total of thirty-five events this season were initiated through the call for proposals, with this figure expected to grow next season.

Want more? Head to our Facebook page to see more photos from MPavilion 2017/18.