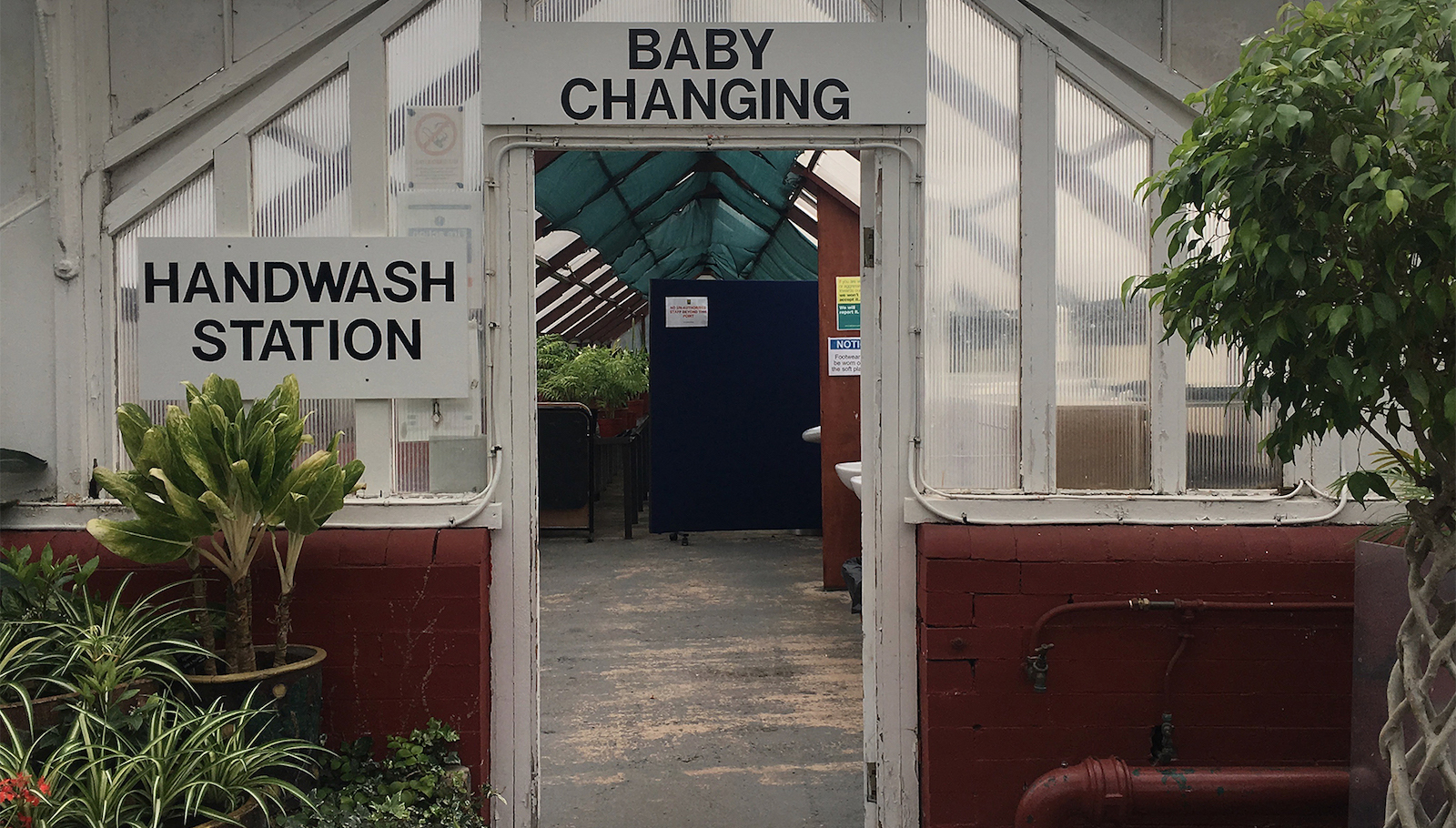 Having a baby changes your perception of the city. Suddenly, things become less accessible: trams are difficult to lift a pram into, there’s no space in your favourite cafe to change a nappy, events happen at night while you soothe your baby to sleep—and so the trials of new parenthood are mostly screened off from public view. (Some public institutions do offer parenting facilities, but they’re usually hidden away next to the toilets.)

Collaborative duo Guest, Riggs will invert this private spectacle and take us with them, by turning MPavilion 2017 into a public performance of the banalities of new parenthood, where Rem Koolhaas and David Gianotten’s amphitheatre-style structure will raise nappy-changing to new cultural heights. Guest, Riggs take Rem Koolhaas’s and David Gianotten’s statement that the space could function as a playground literally: the floor will be given over to babies’ exploits, made possible with a series of baby-friendly interventions within the pavilion.

Across four events in our summer program, a rolling line-up of speakers will address the exclusion of parents from cultural events and the architecture of new parenthood by creating a space for parents and babies. (Non-parents welcome too!)

In November, the second instalment in this series, ‘Street’, focuses on the streetscape of parenthood—from pavement pram politics and breastfeeding on the curb to median-strip nappy-changing and problematic public toilets. Max Olijnyk will read a story about taking his baby for a walk and speak about what makes a street parent-friendly; Andy Fergus will provoke discussion around housing families in cities; Marika Neustupny will explain NMBW’s Family Apartment project and the concept of multi-generational living; Shelley Freeman and daughter Stella Veal will talk apartment living with a growing family; and new mother and Melbourne Architours guide, Esther Deutscher, will lead a tour from street to river—with pram in tow—through some of Melbourne’s key public spaces.

This event is proudly supported by Baby Rest.