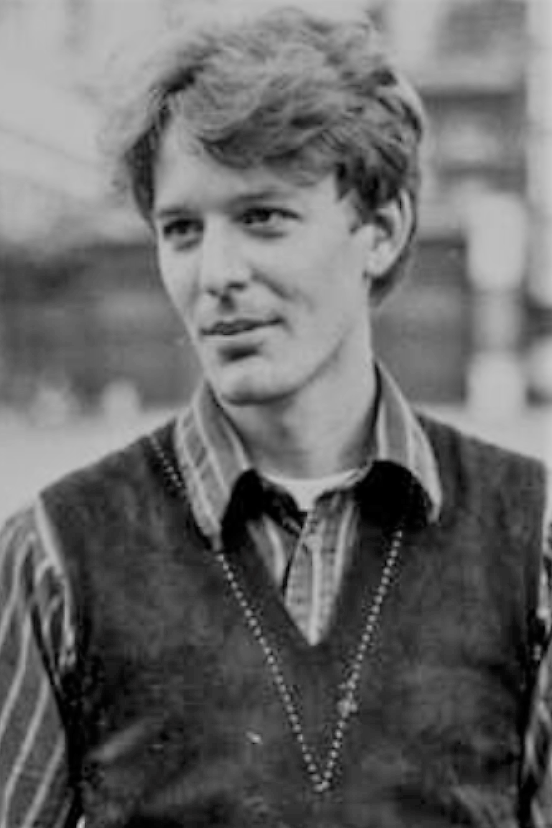 Raised in the suburbs of Melbourne, Phill Calvert started learning the drums at four years of age. At the private boys school Caulfield Grammar in the early 1970s, he met vocalist Nick Cave and guitarist Mick Harvey and formed a rock band with other students, playing parties and school functions with a mixed repertoire of proto-punk material (David Bowie, Lou Reed, Roxy Music, The Sensational Alex Harvey Band, Alice Cooper). The band picked up Cave’s friend Tracy Pew on Bass, and after they finished secondary school they named themselves The Boys Next Door in 1977. They swiftly became a leading band in the Melbourne Punk rock scene, playing new wave style originals. Calvert worked at a variety of jobs including record store clerk but his heart was set on playing music. After making recordings for local independent labels Suicide (a subsidiary of Mushroom Records) and Missing Link, and playing hundreds of live shows, the band left for London in 1980 and renamed themselves The Birthday Party. Signing first to 4AD Records and then to Mute Records.

After his split with The Birthday Party in 1982, Calvert joined the UK group The Psychedelic Furs, touring the US, but never recorded with them. He left before they recorded Mirror Moves in 1984. Drums for that LP were programmed by producer Keith Forsey. He returned to Melbourne and in 1985 became a founding member of the rock group Blue Ruin. Calvert split with Blue Ruin in the late ’80s and the band continued with some new personnel until 1995. Blue Ruin reformed with Calvert for some shows in 2006.

Calvert filled the drum chair in a succession of Melbourne-based acts including In Vivo and The Sunday Kind. In the latter he met guitarist Ben Ling and the two have been collaborating since the late 1990s under a series of names: Sugarhips, Bulletproof and The Enthusiasts. Ling and Calvert have also co-produced the Melbourne band Witch Hats on releases Wound of a Little Horse (2006), Cellulite Soul (2008) and Solarium Down the Causeway (2009). In 2015, Calvert launched the label Behind the Beat Records with associate Ben Ling. The first artist on the label is Seri Vida.

Calvert currently lives in Melbourne with his wife Julia.