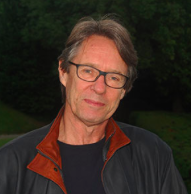 Kim Dovey is a professor of architecture and urban design at the University of Melbourne where he has served as associate dean, head of urban design and head of architecture. He has a PhD from the University of California, Berkeley and has taught at Berkeley, RMIT and Melbourne. His research is broadly focused on theories of ‘place’ and practices of power, covering a broad range of social issues in architecture and urban design. Recent books include Becoming Places (Routledge 2010), Framing Places: Mediating Power in Built Form (Routledge 1999, 2nd edition 2008) and Fluid City: Transforming Melbourne’s Urban Waterfront (UNSW Press/Routledge 2005). Kim’s current work is focused on constructions of place identity, urban ‘character’ and informal settlements.

MTalks Power to the people: The importance of democratic public spaces