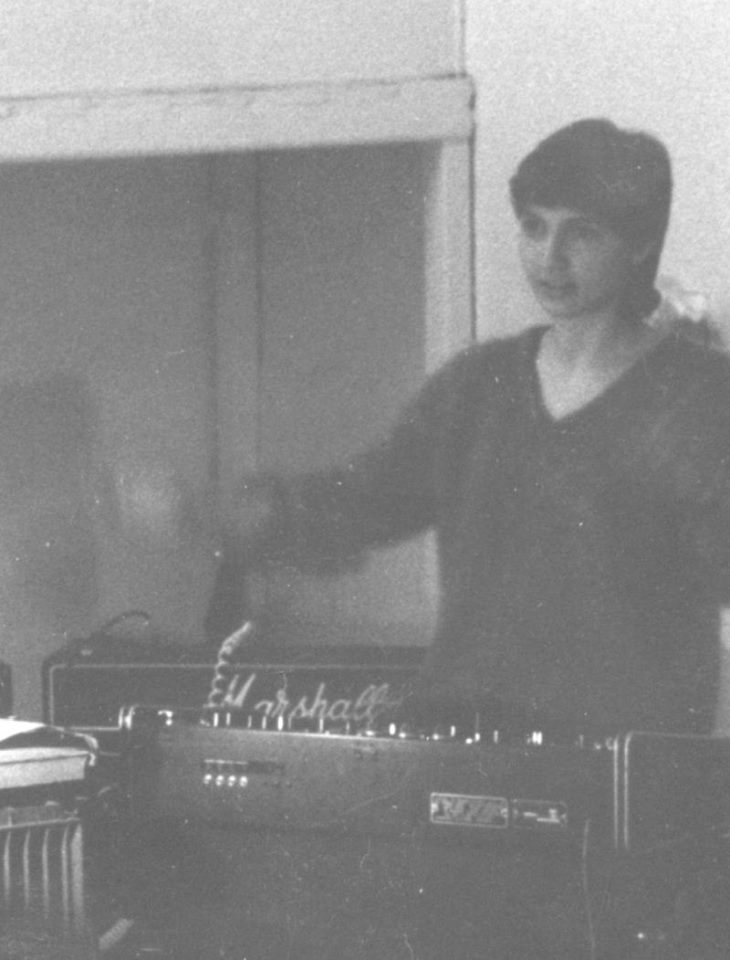 Denise was in Primitive Calculators from 1978–80 and 2009–15. Over the years she has worked at the Fitzroy Public Library, the State Library of Victoria and helped run her late husband’s IT company. She has only been in one band (and three Little Bands) and does not consider herself a musician. She left Primitive Calculators in 2015 after hosting Rage in 2014 and touring China in 2015, as she thought it couldn’t get any better than that (and her tinnitus didn’t help!).