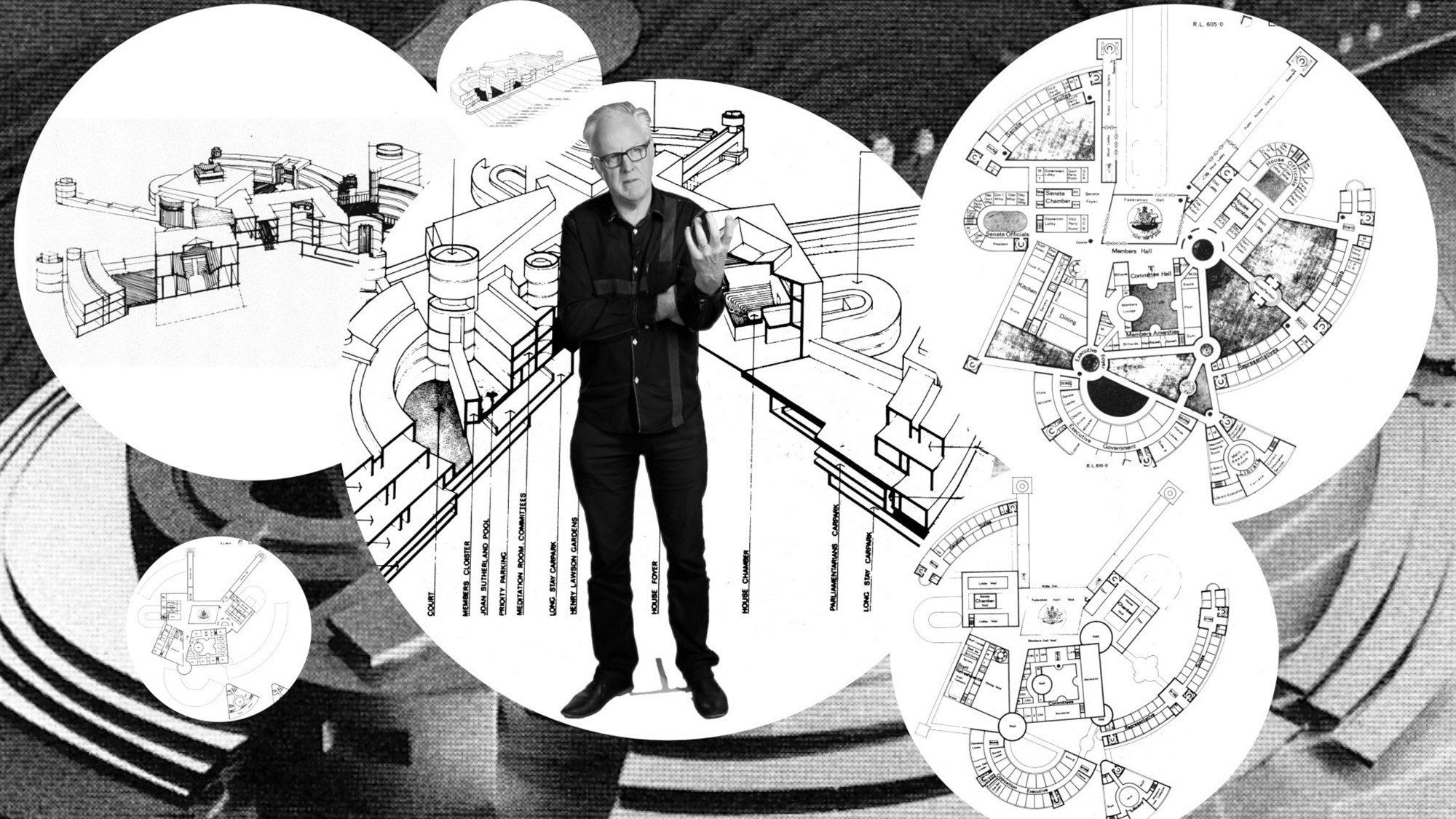 Video still from 'Dr. Caligari Moves to the Suburbs—The Architecture of Edmond and Corrigan', 2013. Directed by Toby Reed; produced by Sam Reed. 36 minutes.

Before settling in for our finale screening of Rem Koolhaas: A kind of architect, join Nervegna Reed Architecture for a series of shorts shedding light on architecture in Melbourne and beyond.

Known equally for their architectural designs and their films, Nervegna Reed Architecture is preoccupied with exploring the intersections of architectural graphic techniques through film. Screen Test II brings together some of the key players in Melbourne architecture on-screen inside MPavilion 2017, designed by Rem Koolhaas and David Gianotten of OMA. Films on the line-up include:

+ more surprises announced on the night!

Come down to soak up the screen in the surrounds of the Queen Victoria Gardens—our kiosk will be serving drinks and we’ll have picnic blankets aplenty. And remember to stick around afterwards for the last event of our season!