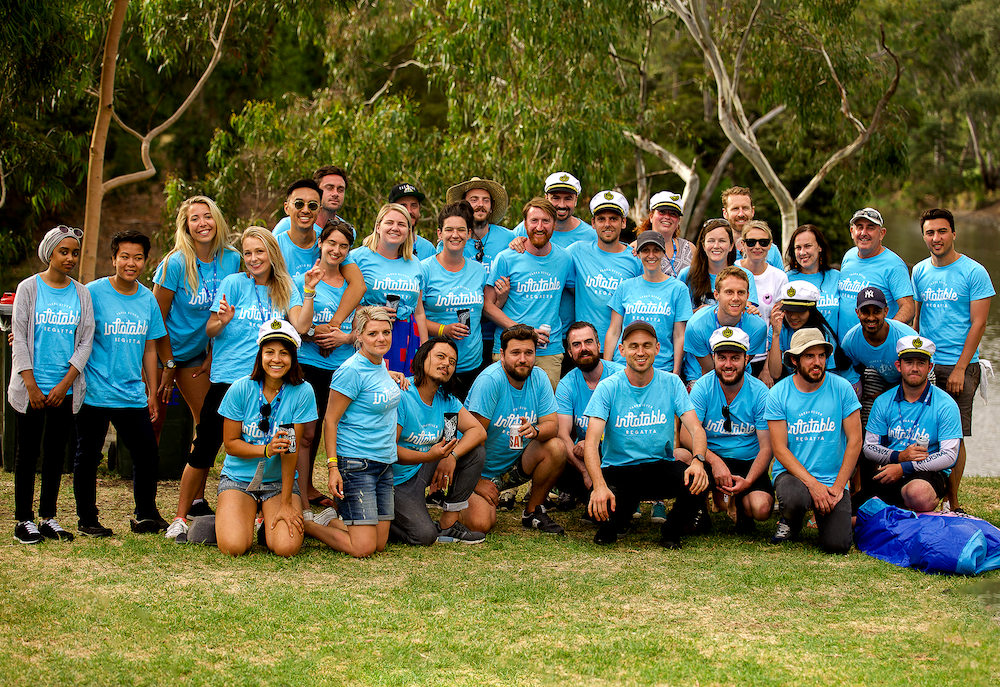 Courtney Carthy founded the Inflatable Regatta for fun with friends while at university, as a cheap way to get on the Yarra River and enjoy the scenery. Now, alongside Lee Pattinson and an organising team, Courtney runs the Inflatable Regatta as a public event for nearly anyone wanting to experience the river in summer. In 2017, over 1700 people paddled down the two-kilometre stretch in Hawthorn.